This article is taken from The Australian Christian Lobby website at www.acl.org.au . . . . . .

The battle to stop the Voluntary Assisted Dying Bill 2019 is raging in the Legislative Council. In the second reading speeches, many speakers who support the concept of euthanasia, called for amendments.

The Bill has just entered the ‘consideration in detail’ stage in the Legislative Council (Upper House). This is the stage where each of the 184 clauses will be scrutinised and amendments can be moved.

The Government refused to accept any amendments in the Lower House. The Ministerial Expert Panel and the well-funded Go Gentle pro-euthanasia lobby group are pressuring MPs to ram it through the Upper House without any amendments. But that won’t happen thanks to a group of MPs who are committed to doing their utmost to stop this Bill becoming law.

Politely remind your six Legislative Councillors of your opposition to the VAD Bill and ask them to consider on its merits every amendment that is proposed. Ask them to support at least the amendments that you mention from those listed below. 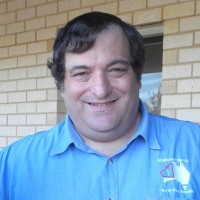